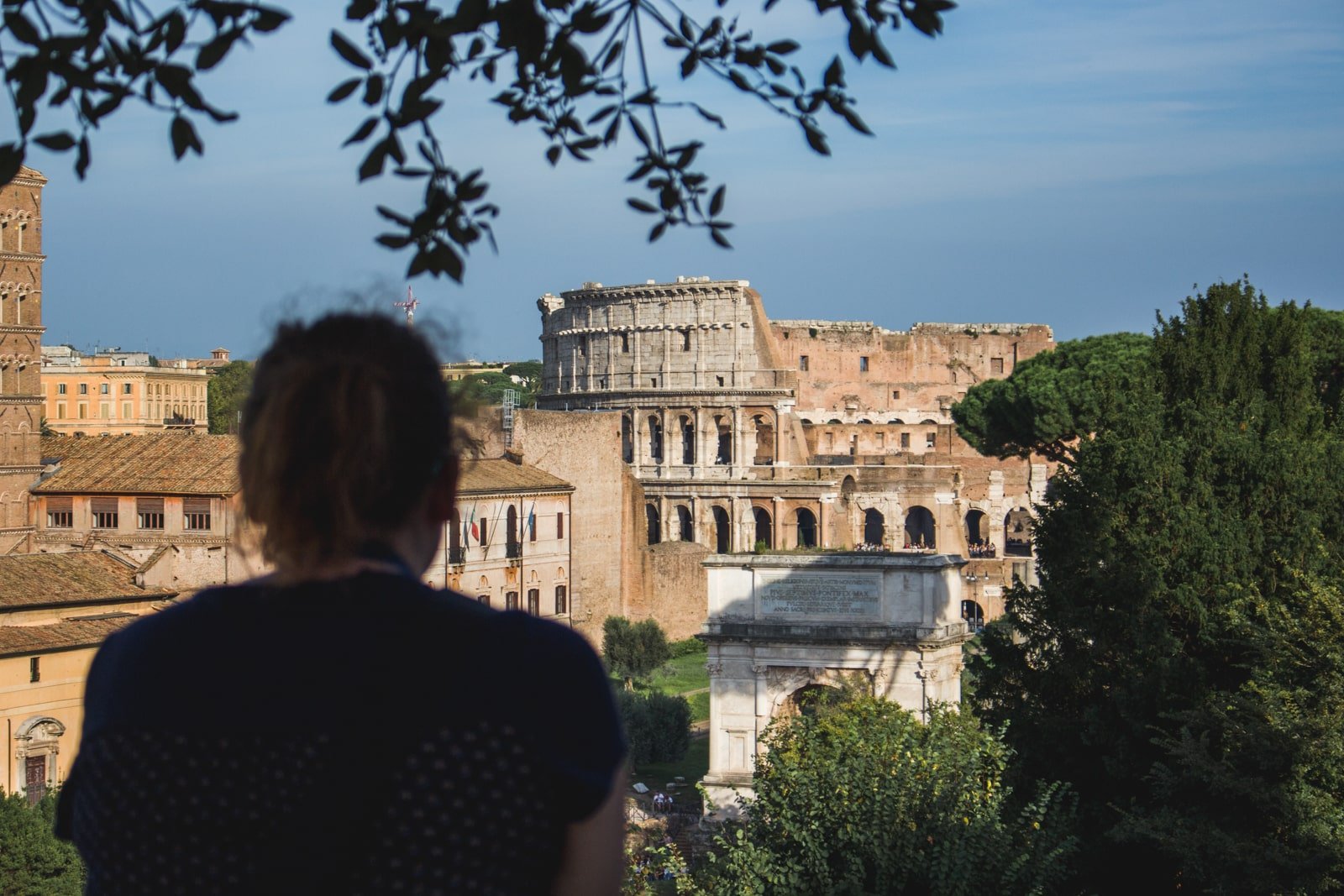 Chris and I went on holiday to Italy at the end of September: we spent three days in Rome, one day in Florence, and two days in Venice. It was sincerely one of the best holidays I have ever had. I’ve been wanting to visit Italy for as long as I can remember, but I’ve always been situated in North America – too far away to be able to afford it. The good thing about living in London is that it’s relatively cheap to travel anywhere in Europe; we’re very centrally located here. So when it came time to choose a holiday destination this year, I really didn’t give Chris any choice. It was Italy or bust.

Thankfully, he loves me and agreed to indulge it.

If you too have longed to visit Italy, I thought I’d write up an Italy travel guide for you. Not only so I can show you how beautiful the country is, but also to offer you an itinerary to follow should you like the sound of our trip. This post will be all about what you should do if you only have three days in Rome. Honestly, I wouldn’t recommend spending much more than three days there. You can easily see all the ancient sites in three days and then get out and visit less congested areas like Florence. 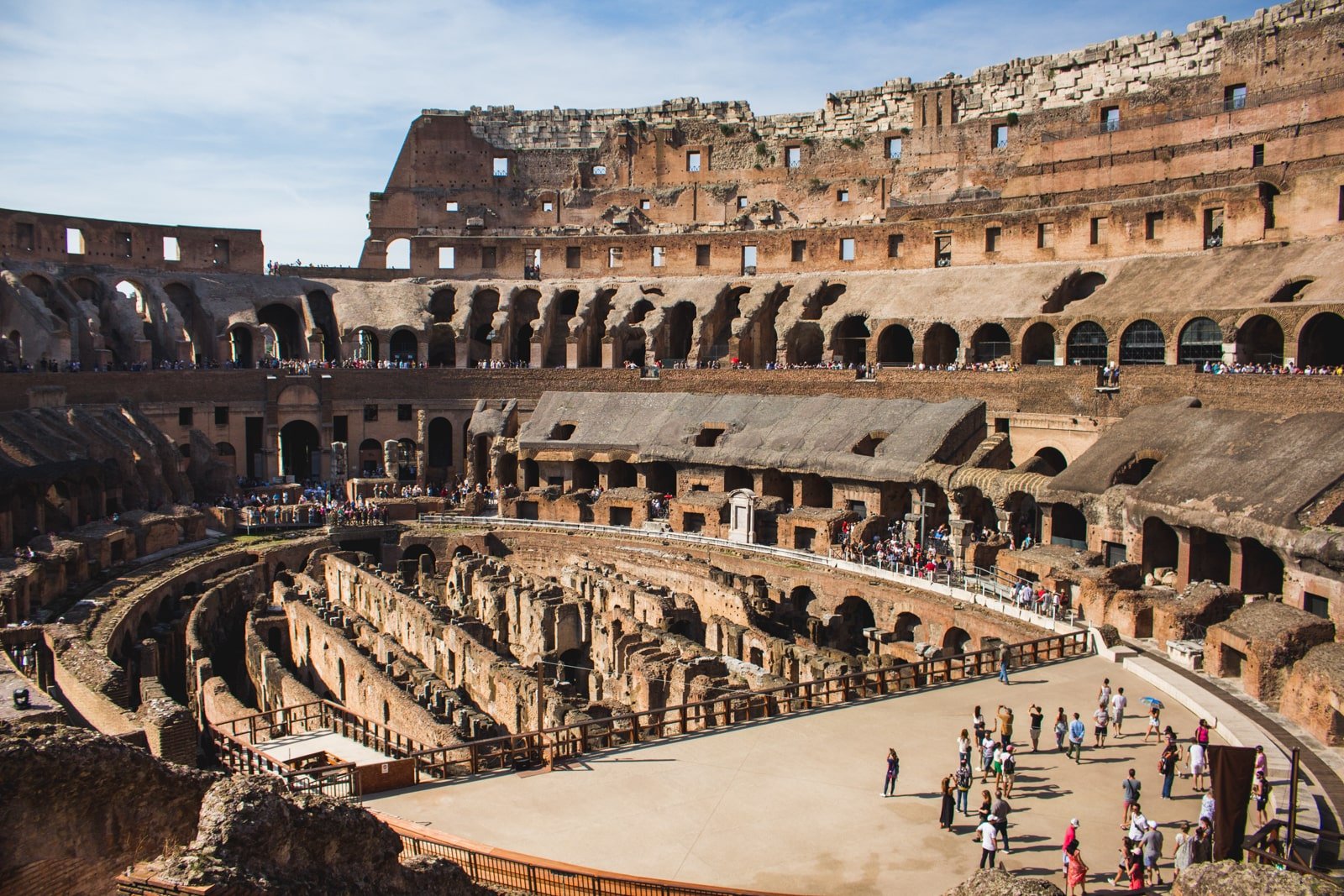 I minored in Greek and Roman studies in university, so these three sites were at the top of my Roman bucket list. Since Chris and I both desperately wanted to see inside the Colosseum, we took some time ahead of our trip to book a tour with a guide. If you only have three days in Rome, do yourself a favour and book ahead. The queues to get into all three of these places are long and winding. You’ll spend most of your day queuing rather than enjoying the ancient sites.

Our choice was the City Wonders Colosseum Group Tour, and I highly recommend both the tour and the company. Our guide, Sarah, was an absolute gem. As an archaeologist, she was exceptionally knowledgeable about the sites we visited and could insightfully answer any questions our group threw at her. 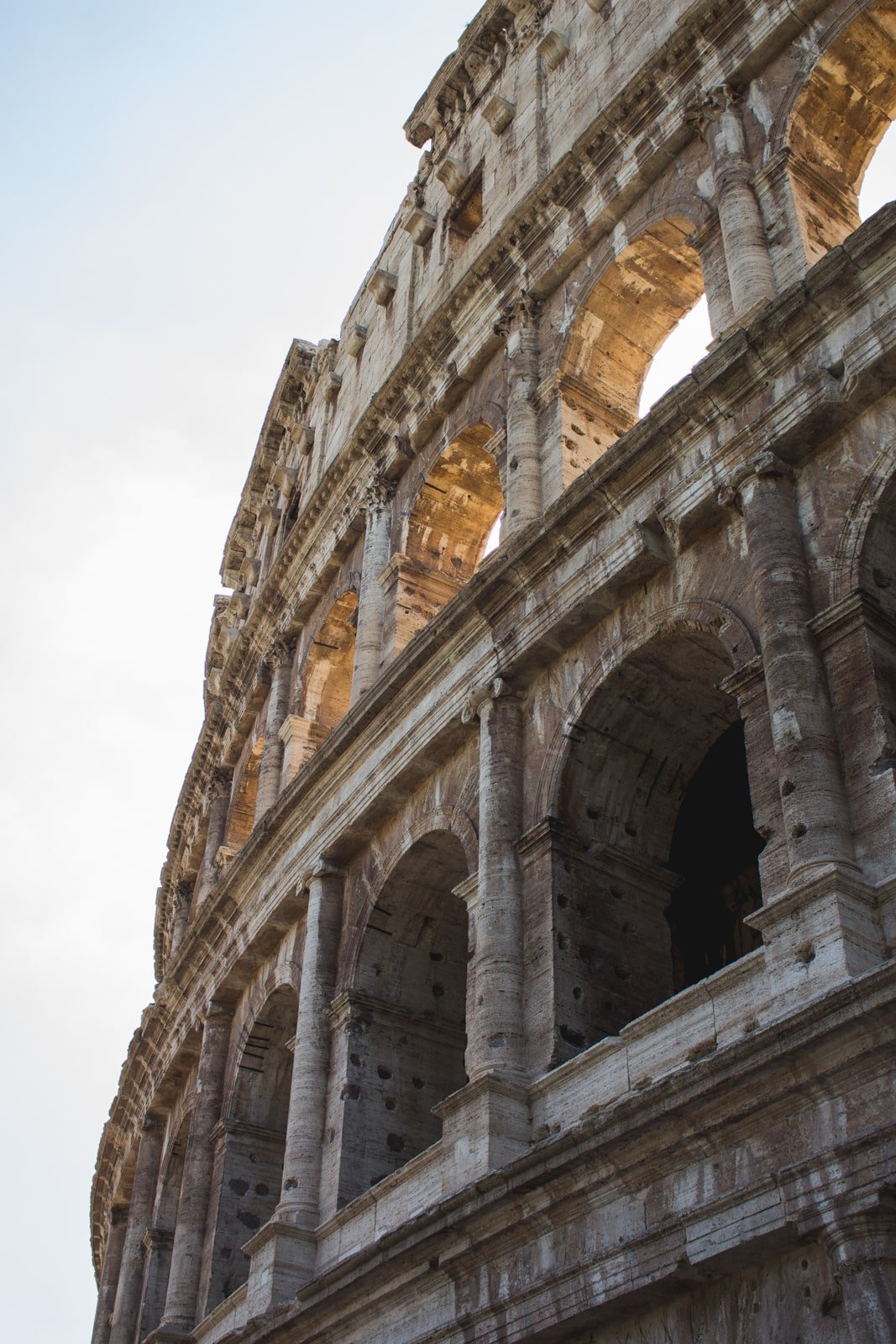 We began our tour at the Colosseum. Sarah took us back in time with her tales of the building’s construction and the earthquakes that collapsed portions of the walls. She showed us where the emperors watched the games and where slaves lifted elephants, giraffes, and ostriches up into the stadium via elevators. And she told us about the 30-metre high bronze Colossus of Nero that once stood outside and gave the Colosseum its name.

Our second stop on the tour was the Roman Forum. As soon as I entered the site, I was completely in awe. It was like a dream coming true. These were ruins that I’d only ever read about and dreamed of seeing one day. I was walking along the same cobbled pathways that the ancient Romans had as they discussed the political issues of the day. It was inspiring. If you only have three days in Rome, this is definitely a stop you should make. Spend a little time in the Forum, take a seat on a stone, and imagine what the ruined buildings looked like in their day – the bustle of the marketplace, men clustered in a heated debate, the sprawling gardens and grand man-made pools. 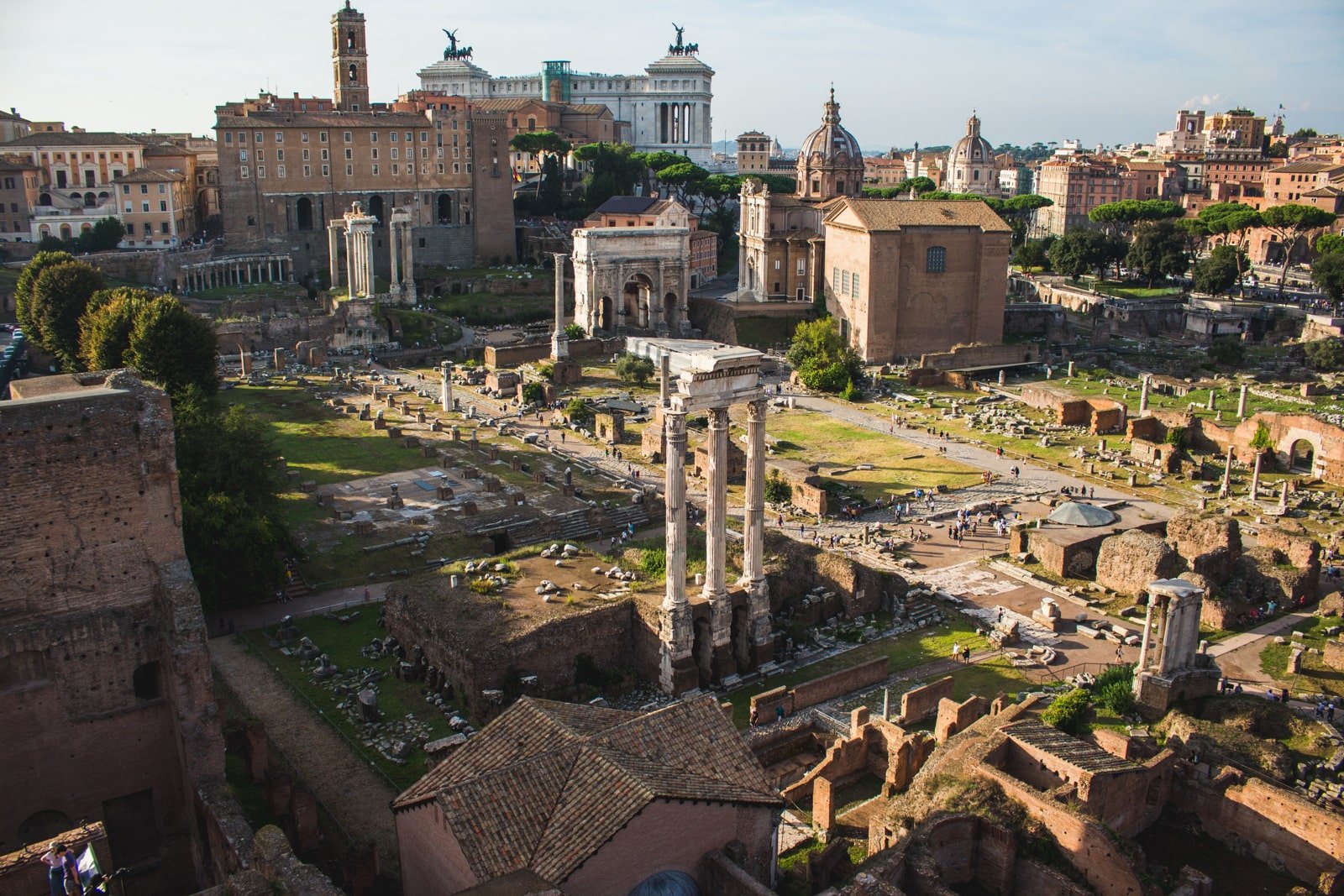 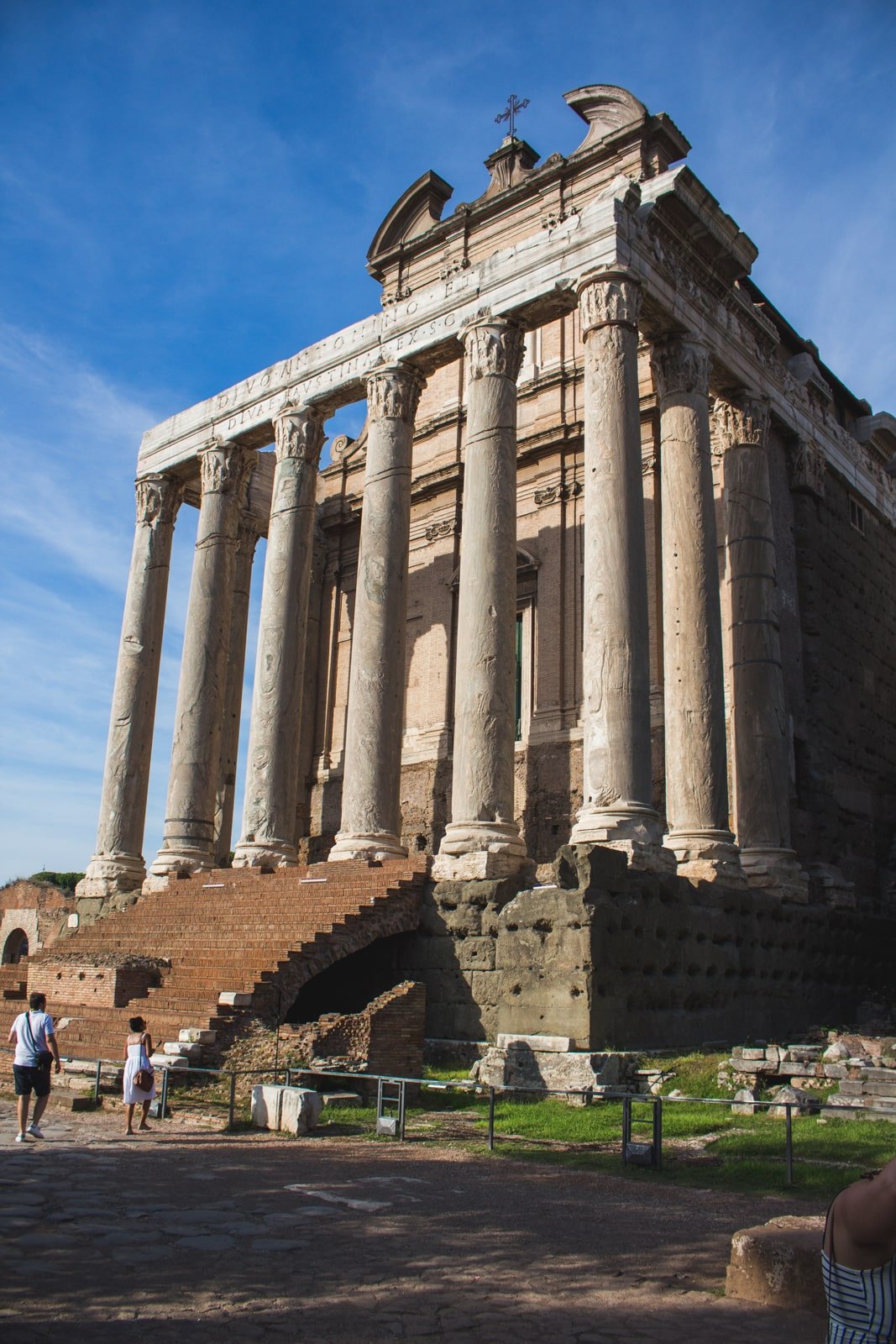 Finally, Sarah took us up to the top of Palatine Hill where she explained how vast the emperors’ palace grounds were and how they were later converted to an estate for a wealthy Italian family. Today, the grounds are overgrown and lush, but still boast incredible views of the Forum, the Colosseum and the Circus Maximus. Access to the Palatine Hill is included in a Roman Forum ticket, so you can definitely see both if you have three days in Rome.

After our tour ended, we wandered about Palatine Hill for a while, taking in its grandeur and views and then trundled back to the city centre and took the subway back to our Airbnb.

Best Places to Eat Near the Colosseum and Roman Forum: 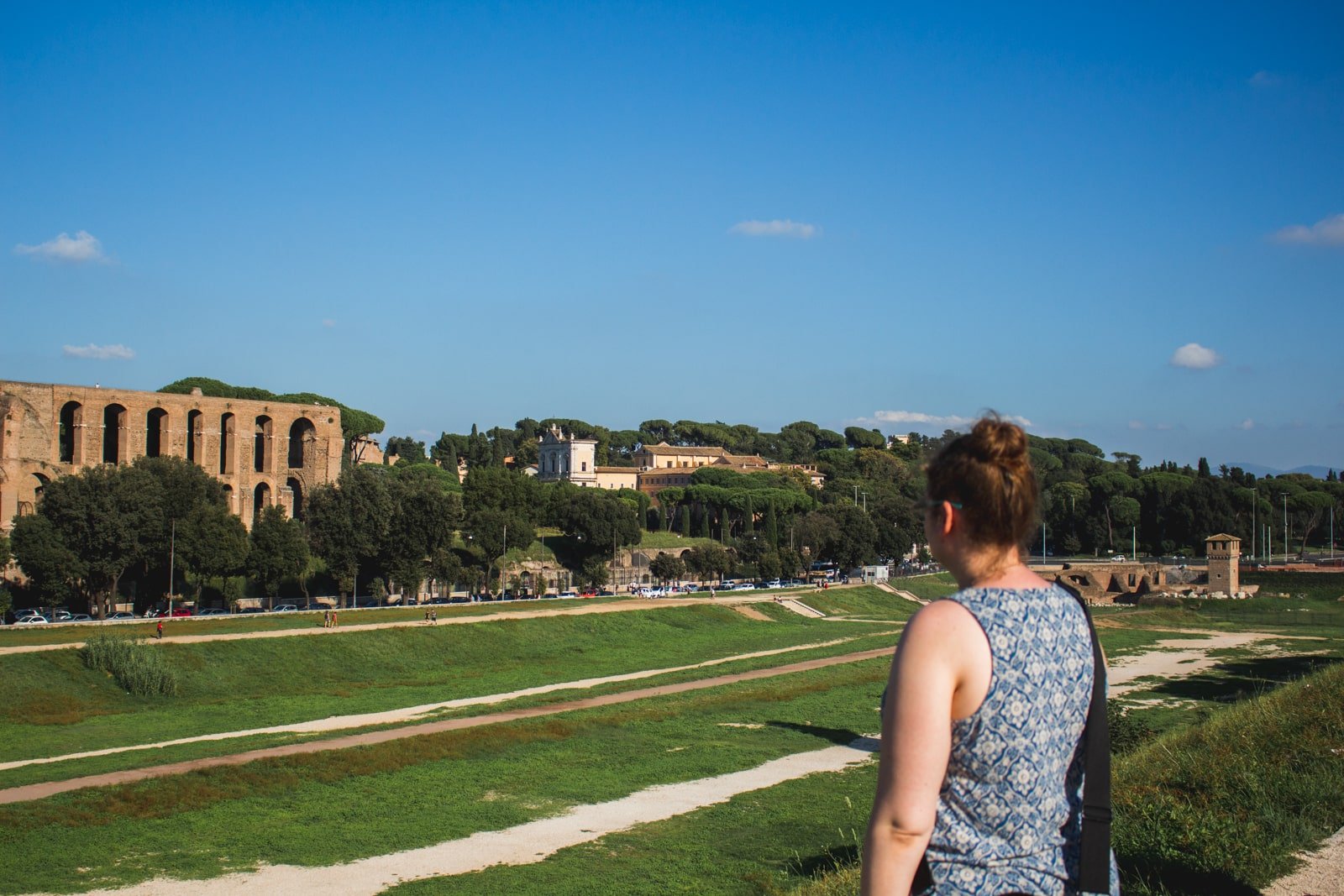 For the second of our three days in Rome, Chris and I decided to have a bit of a free-for-all day. We woke up a little later and grabbed a delicious pastry from a cute coffee bar near our Airbnb. If you’re up the Quartiere I Flaminio area, L’Euclide is a stop you need the make. The apricot croissant is particularly nice and their espresso was some of the best I had in Italy.

For the rest of the day, we wandered around the central city. We took photos in front of the Circus Maximus – the site of the old chariot racing arena – and got lost down some side streets. One of those side streets actually led us to a newly discovered ancient site. Blocked off in a city square is an area called Torre Argentina Cat Sanctuary, and it is here that archaeologists now believe Julius Caesar was assassinated. It’s now a place where the city’s stray cats love to hang out in the shade of the stone ruins, but you can easily imagine what it looked like during Caesar’s time. 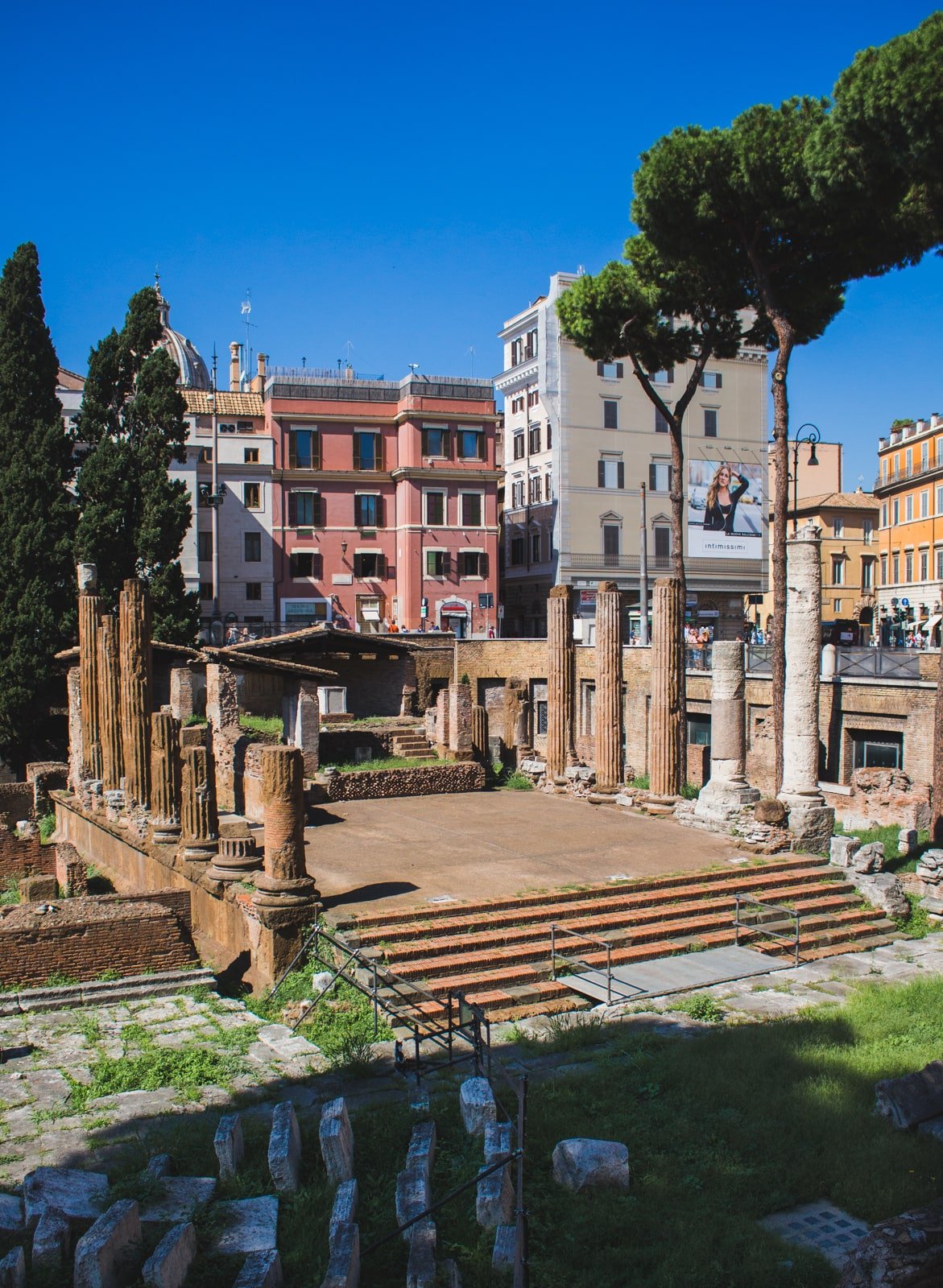 We ended our day by visiting the Pantheon. Unfortunately, the queue was too long for us bother going inside, but the outside of the building was certainly impressive.

After an incredible dinner at Hostaria de’ Pastini, we concluded our second day by going to view the Trevi Fountain at night. This was on recommendation from one of my foodie friends, Beth of Cottage House Kitchen, and I’m so glad we took her advice. During the day, the area is jam-packed with tourists, but at night, the fountain’s statues are dimly lit in a warm glow. The deep shadows make it strikingly beautiful and there are far fewer people milling about, so we were able to get up to the fence and have a proper look. 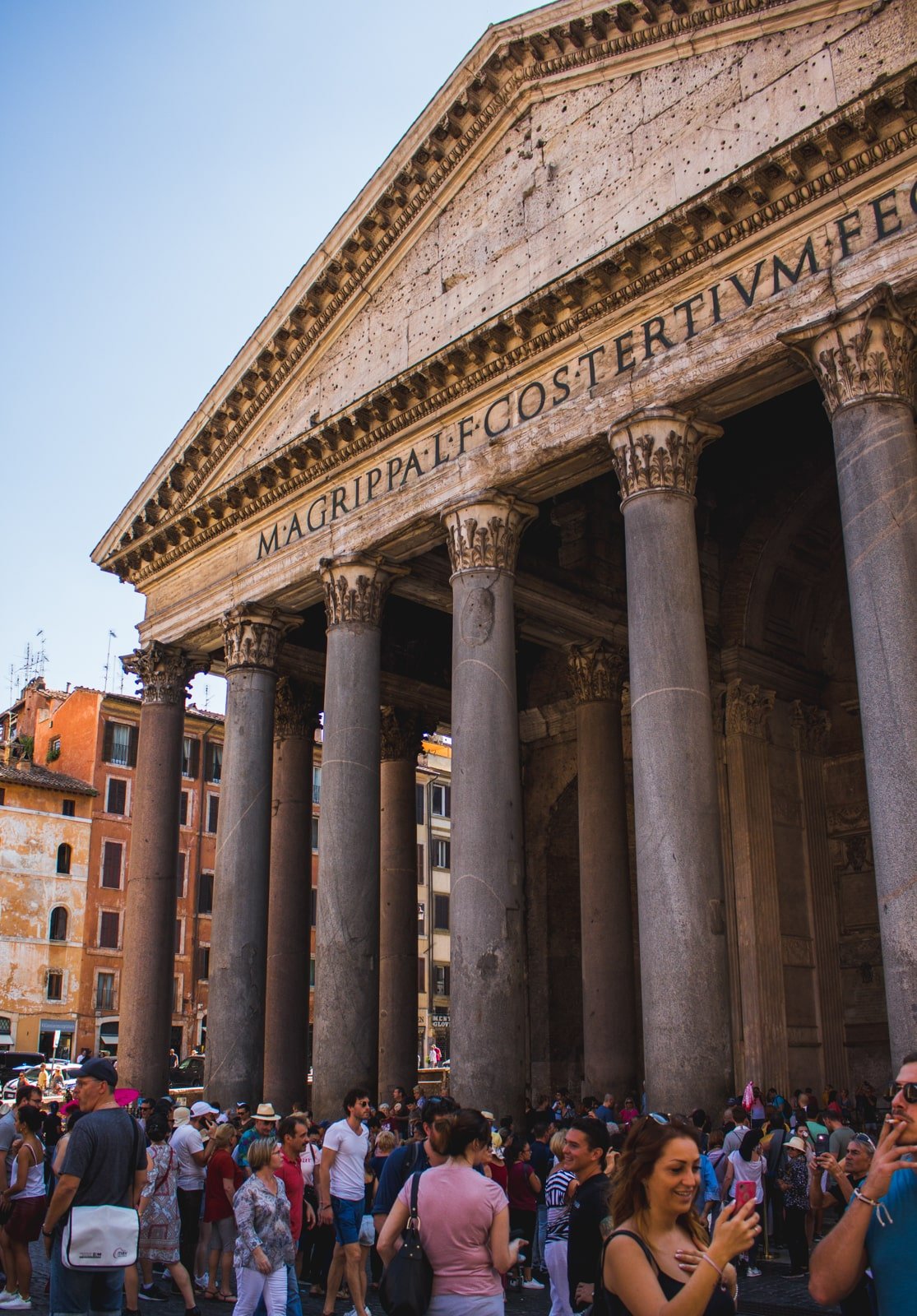 Best Places to Eat Near the Pantheon:

The final of our three days in Rome began with an amble through the beautiful Villa Borghese Gardens and taking in the stunning views of the Piazza del Popolo over the Terrazza del Pincio. Experiencing natural gardens in different cities is something Chris and I both love to do, and the Villa Borghese did not disappoint. 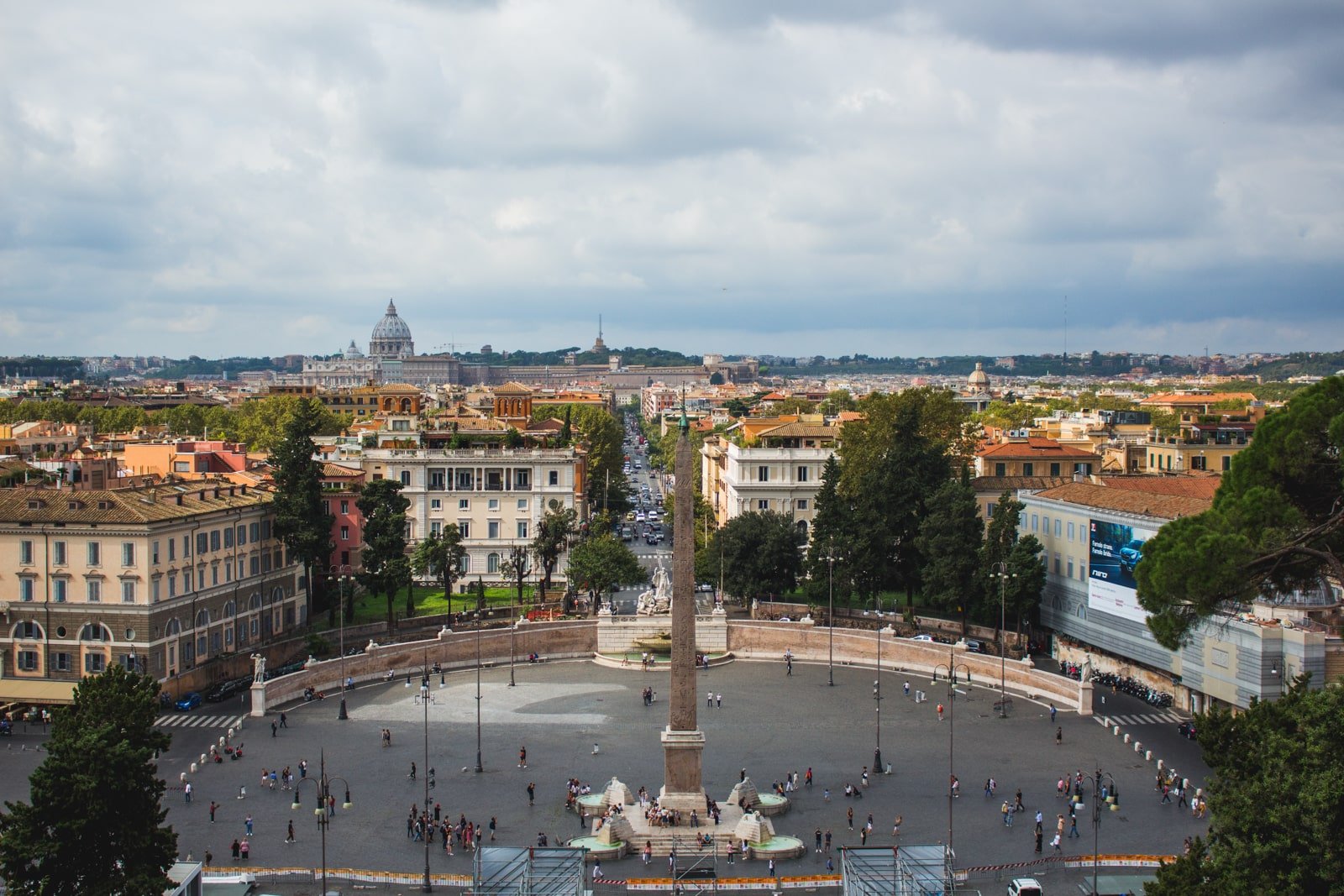 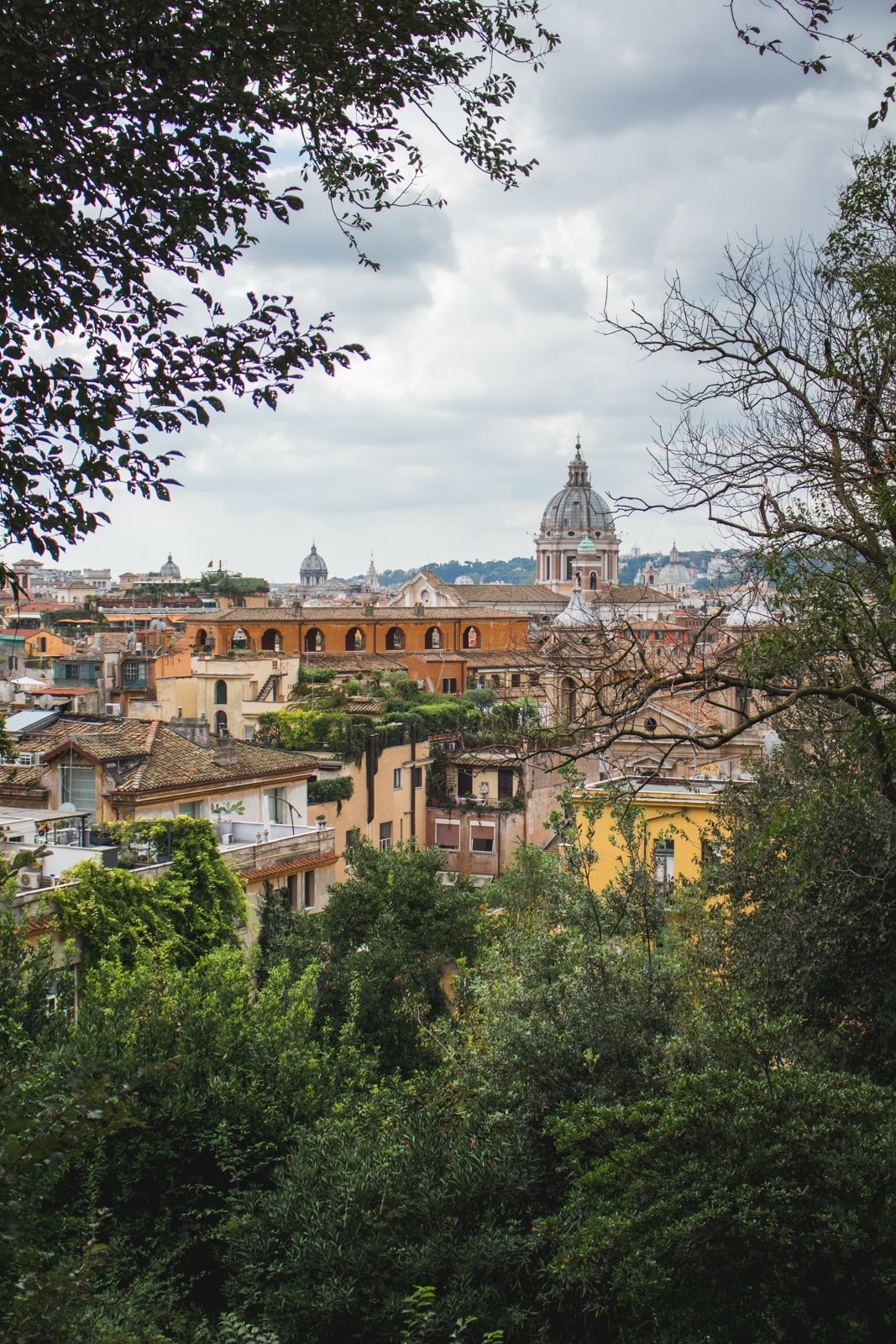 Our final attraction was Vatican City and the Sistine Chapel. We booked a couple of skip-the-line tickets the night before through Headout Tours, which worked out well. They had a simple order process and easy to find meeting spot. The guide led us past the massive queue and straight into the museum where we were then free to explore as we wished. Unfortunately, I didn’t snap a lot of pictures inside the museum. In most areas, photography was forbidden and where it wasn’t the corridors were too tightly packed with tourists to lift my camera.

We were shepherded through the museums into the Sistine Chapel, where we were both awestruck by Michelangelo’s most famous work. The thing that struck me most about the chapel wasn’t finally seeing the Creation of Adam in the flesh, it was that the entire room was covered in frescoes and paintings. I was expecting an embellished ceiling, but I also received hand painted, three-dimensional curtains along all of the walls and wall intimidatingly beautiful frescoes larger than any man. I knew in that moment that Goethe was right: “Without having seen the Sistine Chapel one can form no appreciable idea of what one man is capable of achieving.” 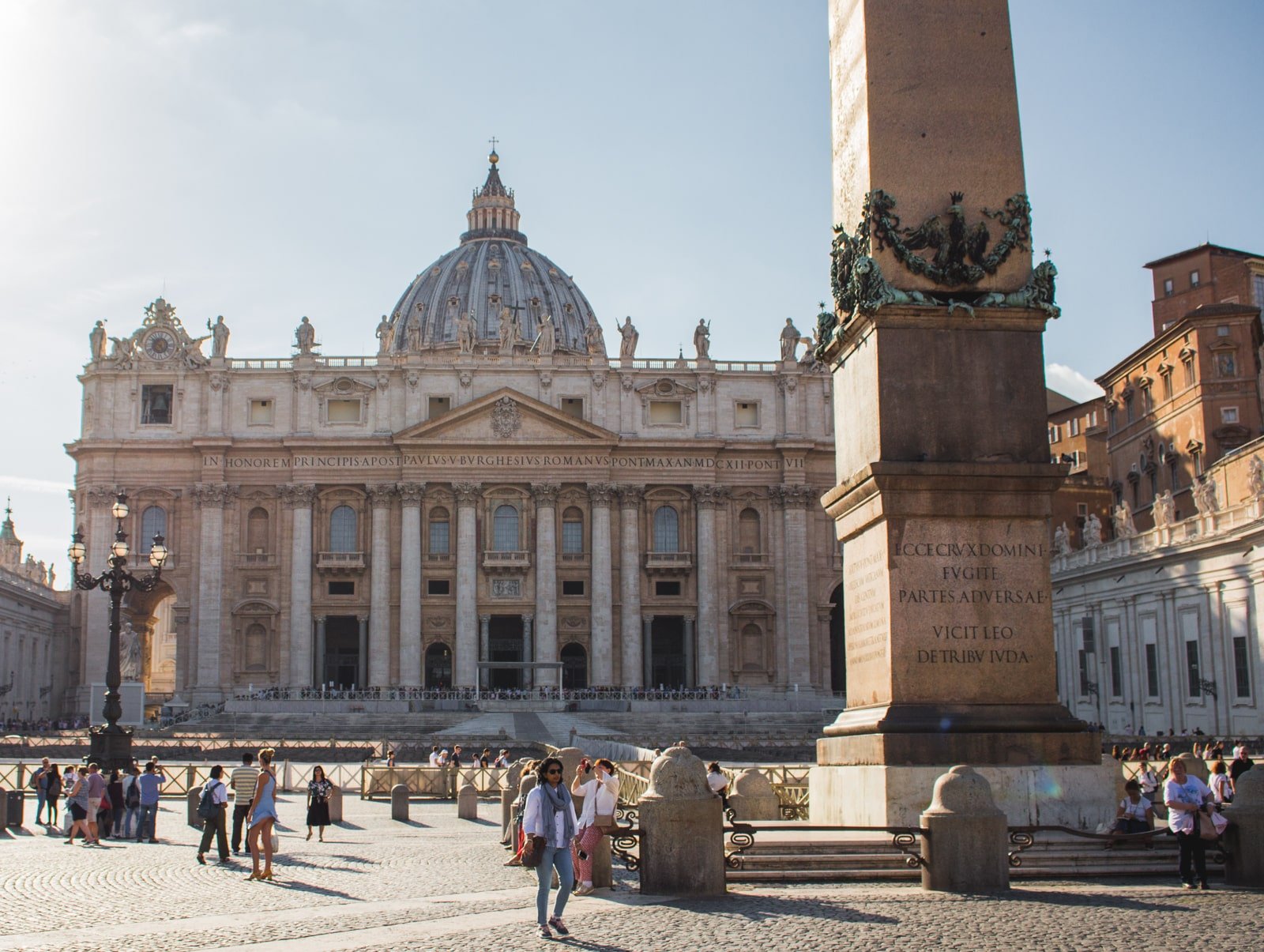 Once our tour finished, Chris and I sat outside the Vatican for a while marvelling at the size of the piazza and surrounding buildings before heading back into Rome for dinner and a digestif of biscotti with espresso. 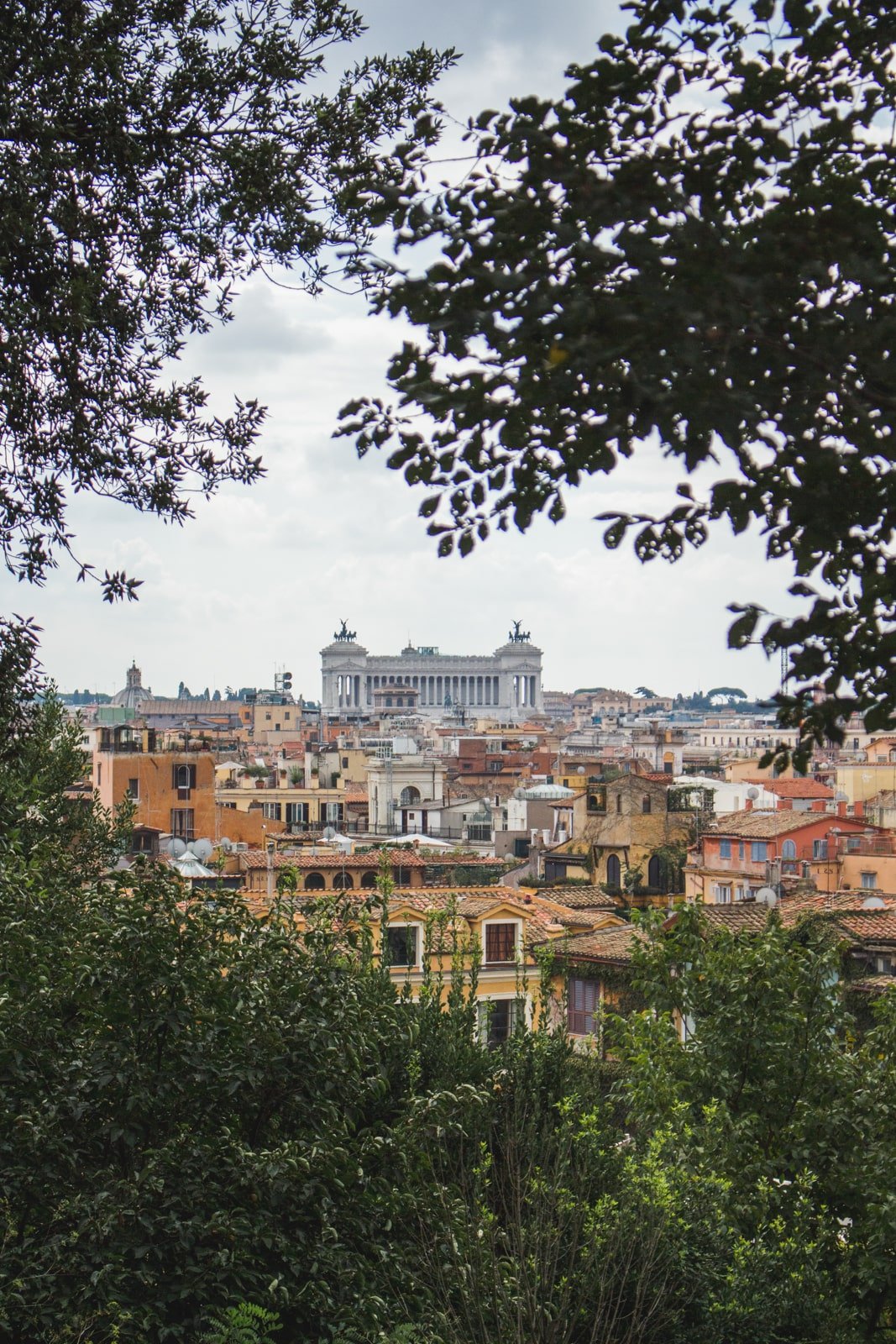 I hope you enjoyed this Italy travel guide and wrote down a few ideas for your own three day Roman excursion. Check out my Adventures highlight on Instagram if you want to see video content from our trip! 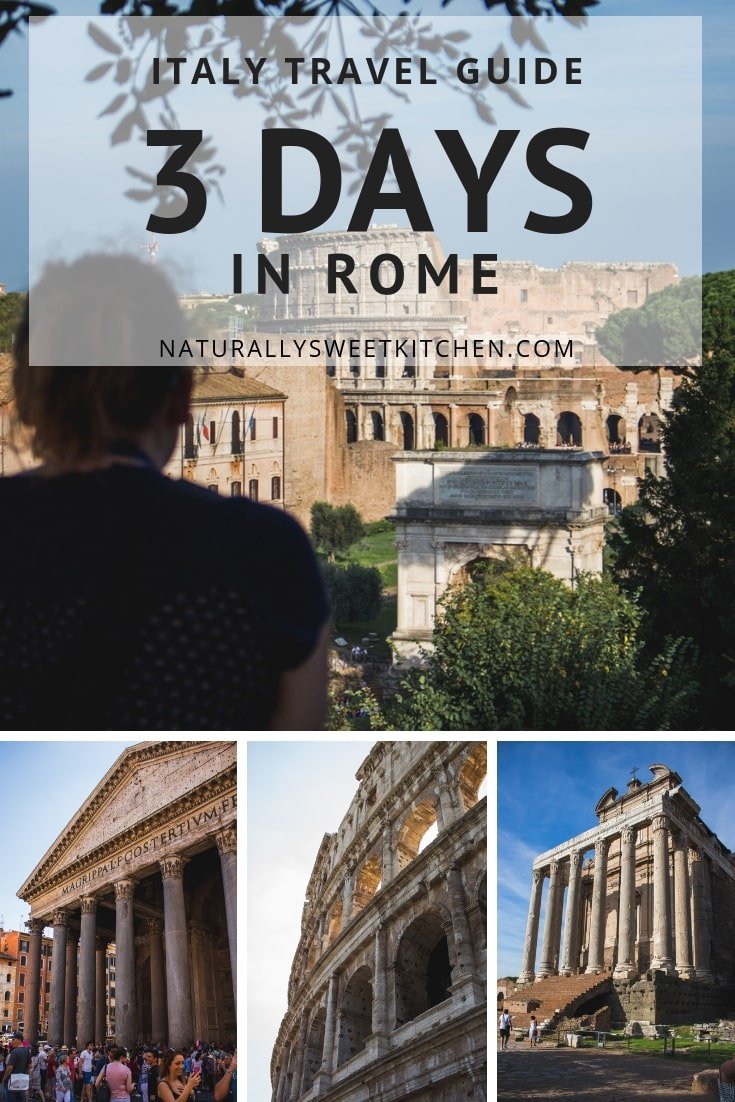 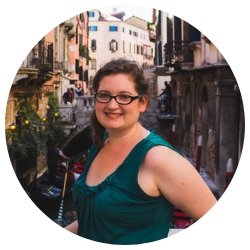 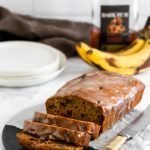 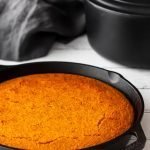 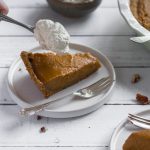 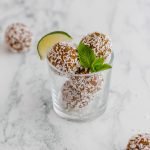 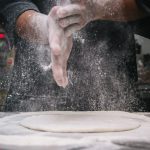 You know how when you go grocery shopping when you

Join me on THURSDAY at 12.30PM BST for a LIVE bake

You've probably noticed that I've been taking a li

Hot Cross Buns are showing up EVERYWHERE rn, but h

In my opinion, spring has sprung. 🌸 Therefore,

SNEAK PEEK | I am BEYOND excited to be sharing thi

NEW | The Best Peanut Sauce EVER! This is without 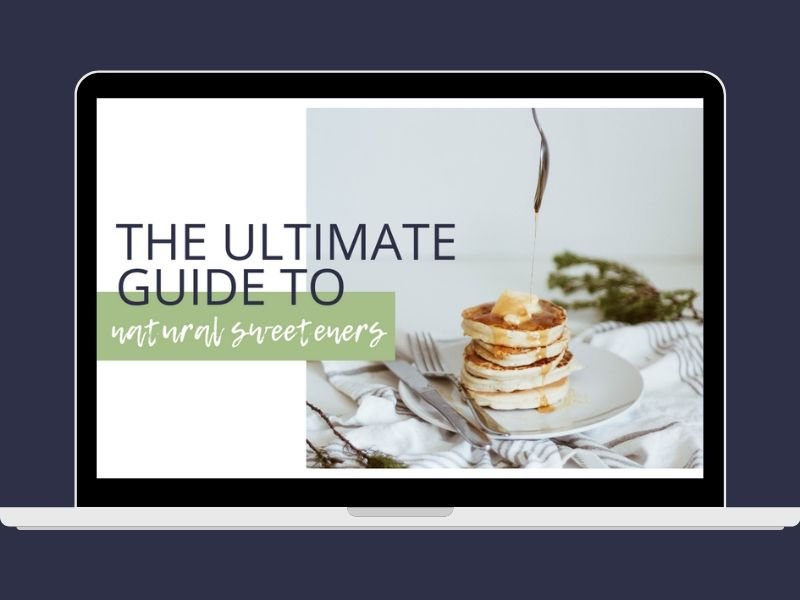 Give up refined sugar for good!

Subscribe to our weekly newsletter and get the Ultimate Guide to Natural Sweetener Substitutions for FREE!